Posted on June 12, 2015 Categories: Restoration Comments are off for this post

The box tomb of Julia Rowan Taylor Busbee has been restored thanks to a generous donation made by the 1789 Questers. Julia Taylor Busbee, April 19, 1828- February 27, 1858, was the first wife of Quenten Busbee. She died at age 29. We know little about her background. However, the portrait of her(shown below), painted by an unknown artist, is part of Smithsonian Institution collection. She is buried in City Cemetery in an ornate box tomb that has fallen into great disrepair. (A box tomb was a style of cemetery grave marker popular prior to the Civil War. It is an above ground marker, although those interred are not buried inside the box tomb). The box tomb was restored by Dean Ruedrich or Ruedrich Restorations. 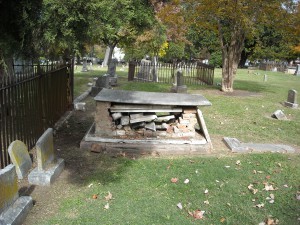 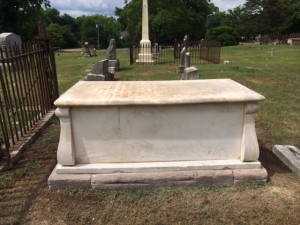 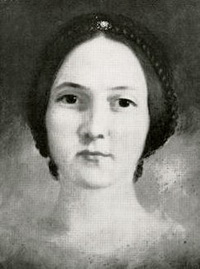