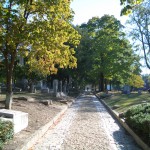 City Cemetery, located on 7.68 acres at East, New Bern and Hargett Streets, this is the oldest public cemetery in Raleigh, established by the NC General Assembly in 1798. Burials include founding fathers of Raleigh, legislators, free and slave African Americans and stone masons from Scotland and England who helped build the state capitol building. READ MORE 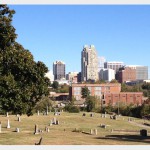 Mt. Hope Cemetery was founded in 1872 as a city owned African American cemetery. Mt. Hope is located on 34.5 acres at Fayetteville Street and Prospect Avenue, and is a pastoral well landscaped cemetery with hills and views of downtown. Those buried there include the Reverend Henry Beard Delany, one of two black Bishops of the Episopal Church at the time of his death, and Colonel James H. Young, commander of a black regiment during the Spanish-American War. READ MORE 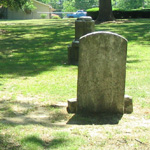 O’Rorke Cemetery, at just under one acre, was established on land donated to the Catholic Church in 1858 by John O’Rorke, a member of the church. Sometimes also called the Catholic Cemetery, the cemetery was used as a potter’s field. It is owned by the City of Raleigh and is located on Pender Street, and Tarboro Road. READ MORE